Kidepo valley national park is one of the most beautiful savanna parks in Uganda the pearl of Africa situated in the wilderness of Kabong district far Northeastern part of the county. Kidepo valley national park was gazette in 1962 covering a total land area of 1,442km2 within the valleys bordering both Kenya and south Sudan and the park obtained its name from the local word “akidep” referring to pick up due to existence of palms that ripen and fall down then people pick them up especially during dry months. The thrilling vegetation of Kidepo valley is a home to several species of fauna and flora without forgetting the hills and valleys that all harbor wildlife species and human beings such as the Masai people in Narus Valley and the Ik people that are local communities situated on top of Mount Morungole. Kidepo valley national park receives annual temperatures on an average of 29oC though sometimes it goes as high as 40oC during hot days. 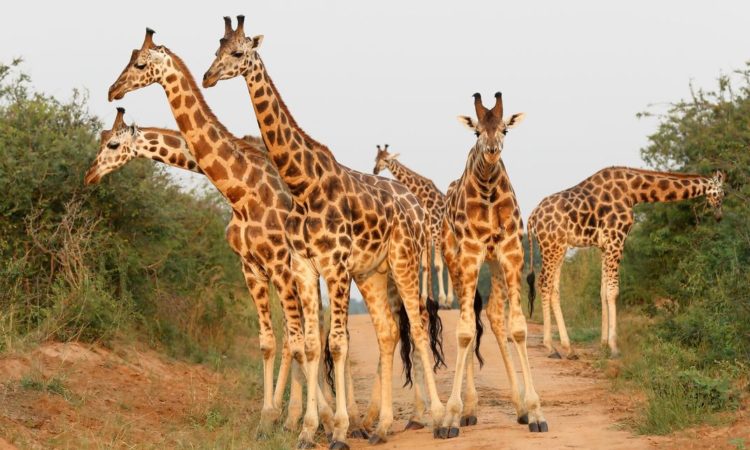 Top things to see/Attractions in Kidepo

Wildlife: Kidepo valley national park harbors over 77 species of mammals that encountered during any park activities such as during the game drives, birding, hiking, and guided nature walks in the park. Some of these mammals include; Elephants, buffaloes, Zebras, Lions, Cheetahs, Hyenas, Foxes, Hartebeests, Oribis, giraffes, leopards, crocodiles among others.

Birds: Kidepo valley national park is a home to over 475 species of birds including forest birds, endemic birds, water birds and many more. Some of the bird species spotted in the park include; Eagles, Hornbills, bustard birds, ostriches, Vultures and many more.

Narus valley: The word “Narus” literally means “Muddy” therefore, Narus Valley means a muddy valley and its situated in Kidepo valley national park where several wildlife in Kidepo valley congest in search of water as well as green pasture. Narus Valley is a must visit while on a Uganda safari to kidepo. This valley also provides water for the herds of cattle for the Karamojong people. Narus valley offers best game tracks where tourists are on a sure deal of viewing plenty of grazing wildlife and hunters during the game drives.

River Narus: This permanent River is situated just at the base of Narus Valley and it acts as the source of water that keep Narus valley wet even during the dry months hence a good attracting several wildlife all year long.

Top tourist activities/things to do in Kidepo valley

Birding in Kidepo valley national park: With over 475 species of birds, Kidepo valley is indeed a birding paradise in the pearl of Africa. The vegetation cover of Kidepo alley national park provides good breeding grounds and food for different species of birds thus almost every part of the park is a birding spot since birds are seen flying over the park from one place to another. The park has short savanna grassland which making birding very easy and the most explored birding spots include; along the rivers such as river Narus and River Kidepo where water birds are seen, within the Narus Valley where Ostriches and other bird species are spotted such as the Secretary birds, Hornbills, sunbirds, barbets and many more. Other species of birds seen in Kidepo valley national park include eagles, Vultures, Plovers, pigeons, egrets, warblers, pygmy falcons, karamoja Apalis, and woodpeckers among others. A birder requires a pair of Binoculars in order to enjoy the birding adventure and capture and many photographs of the birds as possible.

Game drive in Kidepo valley:  Game drive is the major activity done in the park due to existence of a huge population of wildlife and the nature of the park also favors game drives closer to mammals in their natural habitats. Taking a game drive in savanna plains of the park towards Narus Valley opens door to a clear view of several mammals that congest in the valley for water and food. Amongst the wildlife seen during game drive include; Buffaloes, Hartebeests,  Elephants, elands, Zebras, duikers, Oryx, Uganda Kob, dik dik, lions, leopards, kudu and monkeys among others.

Nature walks in Kidepo: A guided nature walk deep inside the park is such a rewarding activity done by tourists in Kidepo valley national park as tourists get an opportunity to walk on foot while exploring different parts of the park as they watch mammals, birds, butterflies and the entire thrilling vegetation cover of the park at glance. A walk towards Lamoj hills where most tourists take stunning photographs is the most fascinating of all. Whereas a walk to the lonely place in the center of the park known as Namamukweny surrounded by beautiful vegetation cover of different plant species including flowering plants amidst a quiet place where you won’t even hear any voice of a bird or animals. It’s one of the places you ought to explore on foot and get that feeling of the true nature in the wilderness. There is also a walk to the hot springs.

Hiking in kidepo valley park: Hikers in Kidepo valley national park are in position to climb Mount Morungole which is elevated at 2,750m high above the sea level offering a clear view of the park and all the attractions within including a clear view of Narus valley. On top of Morungole exists the IK people who are known as the minority population in Uganda thus a hike to summit the top of Mount Morungole enables hikers to encounter and interact with the Ik people about their life style. Hikers are also in position to hike up Lomej hills.

Cultural encounters in kidepo valley: Tourists on a visit to Kidepo valley national park have an opportunity of meeting and interacting with the local communities of the Karamojong and Ik people. Visit their grass thatched Manyattas and also meet some cultural groups for thrilling traditional performances to wind up your evening with a smile on your face after spending the day on other park activities.

Accommodations// where to stay in Kidepo valley

Here are some of the accommodations situated inside and around kidepo valley national park and they include both Luxury, midrange and budget to suit every traveler’s expectations and pocket. These accommodations include lodges, camps and campsites and they include; Apoka safari lodge, Kidepo savanna lodge, Adere safari lodge, Apoka rest camp, Nga Moru Wilderness camp Kakine campsite among others. Some of these accommodations are situated inside the park while others are just a few kilometers from kidepo valley national park.

When is the best time to visit Kidepo valley?

Any time is good for a safari in Uganda’s savanna parks. However, dry months are good for game viewing, nature walks and hiking safaris when the trails are dry and the entire vegetation cover is relatively short for easy viewing of species of wildlife and walking through the park. Also, during dry season, all lodges in the park are open with good amenities. On the other hand, the rainy months are good for birders since the park have plenty of foods for the birds and also rainy season is when most birds breed. The challenge with rainy months is that the trails become slippery and impassable and also most of the lodges in the park tend to close up due to increase water levels.