East Africa safari tours offers what in simple terms can only be referred to as the travel and holiday spectacle. With east Africa safaris spanning the countries of East Africa in what can be translated as Uganda safaris , Rwanda safaris ,Kenya safaris ,Tanzania tours and Congo safaris. Generally east African as a travel destination is blessed with multiplicities of attractions that has over time attracted several guests who come to experience. East Africa offers several attractions and activities to mention gorilla trekking ( done in Uganda Bwindi forest national park, Rwanda’s volcanoes national parkand Congo virunga national park) , Wildlife safaris, hiking trails, Cultural encounters, culinary tours, marine experiences at the coast, experiences such as the great wildebeest migration in Kenya’s Masai mara and Tanzania’sSerengeti national park, birding safaris, city tours, cultural encounters among others. 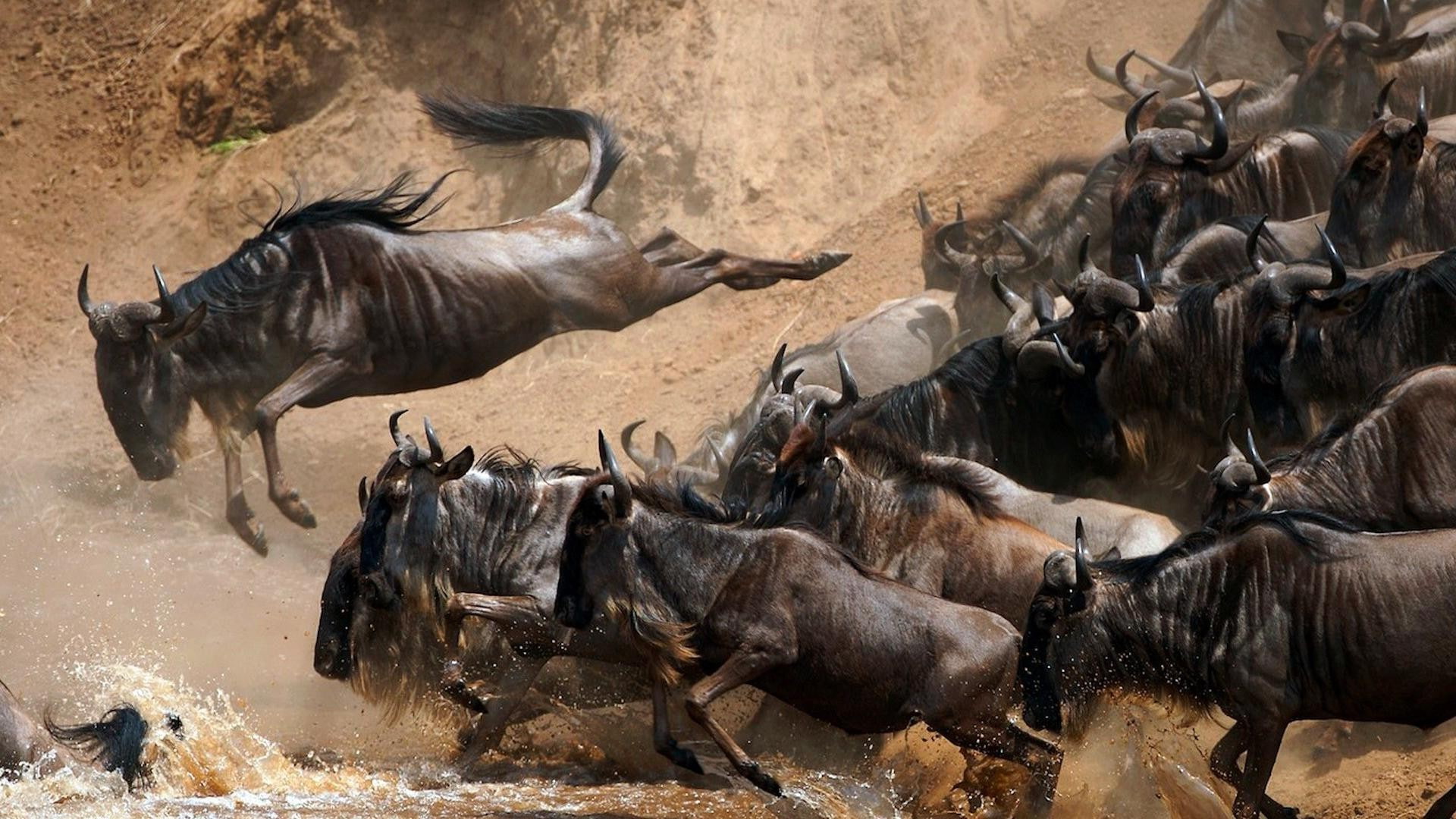 Want to explore East Africa primates and wildlife? This 18 days safari leaves no good safari park untouched. You will explore most of the major national parks in East Africa and carry out various activities with mountain gorilla trekking being the main highlight. 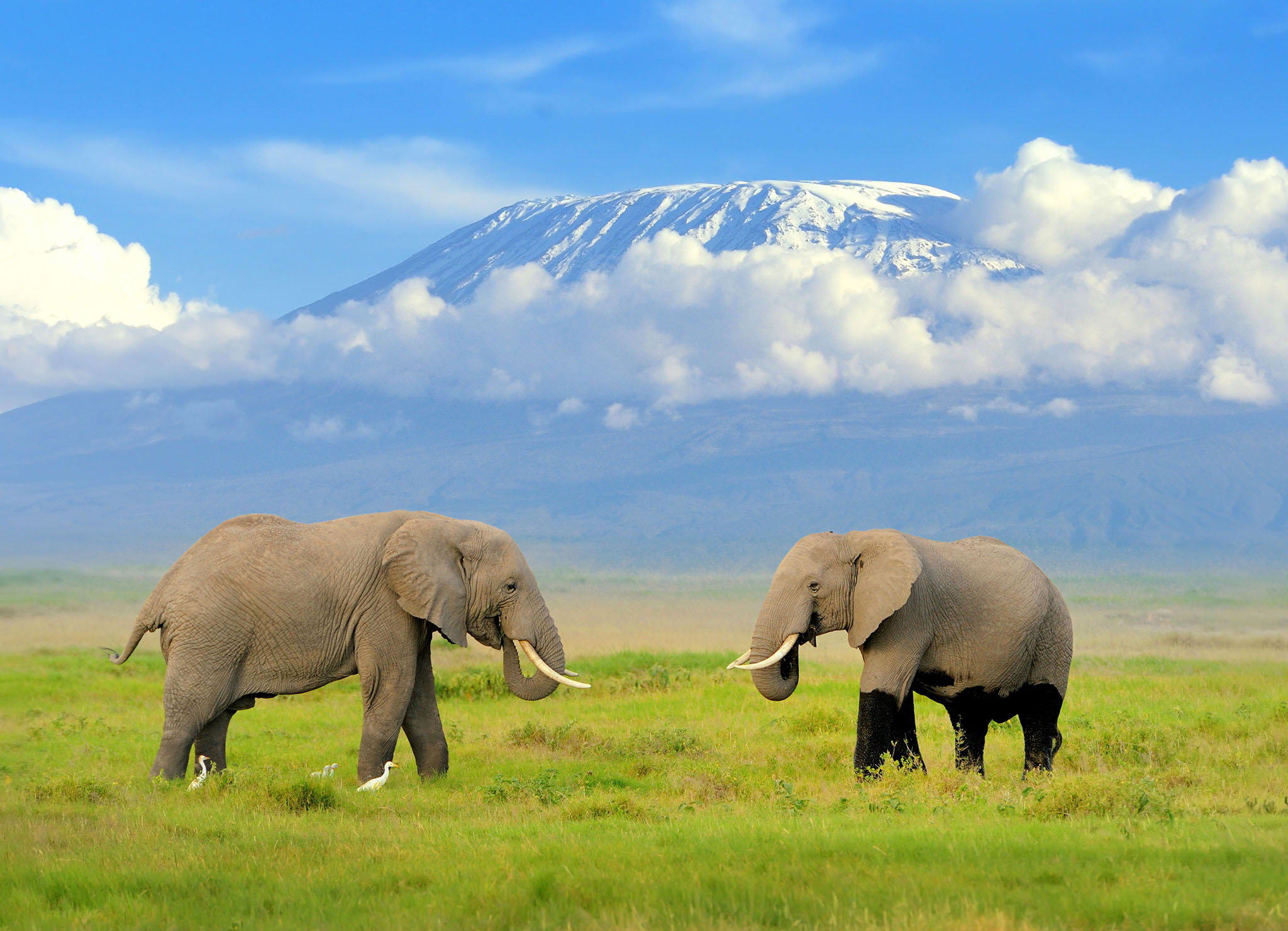 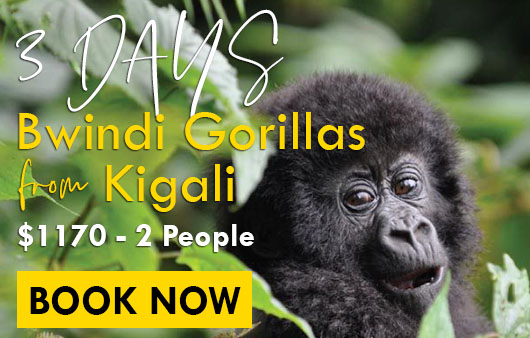 Where to Encounter the Endangered mountain gorillas?

Well, Mountain gorillas are found only in 3 countries that is Uganda the pearl of Africa, Rwanda the land of a thousand hills and DRCongo all thriving in Democratic Republic of Congo. In Uganda, you will be able to encounter gorillas in 2 destinations including Mgahinga gorilla national park which harbors only 1 Gorilla family that has been habituated for trekking. Another destination is Bwindi impenetrable national park that is a home to the population of the endangered mountain gorillas thriving with over 20 habituated gorilla families in 4 sectors of Rushaga, Buhoma, Nkuringo and Ruhija. Gorilla trekking in Uganda as of 2021 costs $700 for foreign Nonresidents, $600 for Foreign Residents and Ugandan shilling 250,000 for East African citizens. In Rwanda, Mountain Gorillas are found in one destination, Volcanoes national Park and a permit to trek this endangered creatures costs $1,500. Finally, in DRCongo, Mountain gorillas are found in Virunga national park. A permit to trek gorillas in Virunga national park goes for $400 during high season and $200 for low season. Whichever destination you choose for gorilla trekking, the experience is rewarding and memorable. Keep it in Mind that gorilla trekking lasts for only 1 hour in close vicinity of these primates but the forest walk as you search for these gorillas can last from a few minutes to several hours depending on movement of these gorillas since they always roam the forest in search of food. The duration in the forest can as well depend on the speed used by trekkers since it always has to be in favor of the slowest person in the group. In case you will to spend more time with gorillas, there is yet a fascinating whole 4 hours experience with the mountain gorillas and the process known as Gorilla Habituation experience and it is done only in Bwindi impenetrable national park in Rushaga sector and it costs $1500 per person. 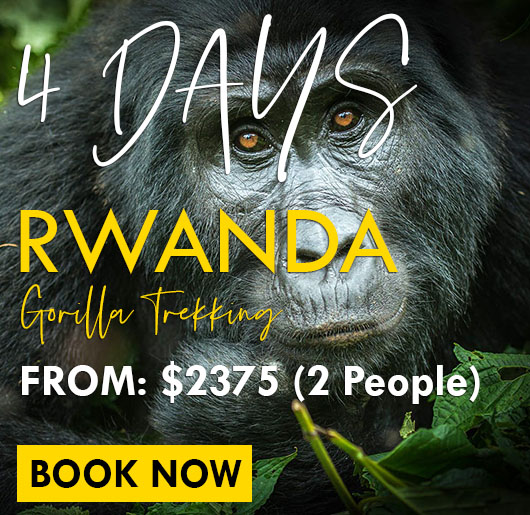 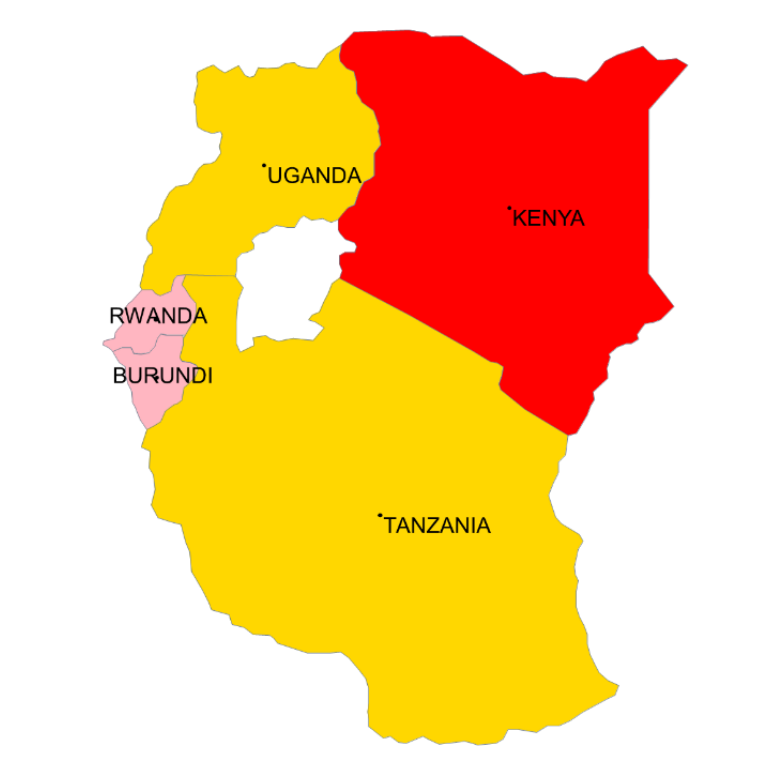 East Africa safaris tours are designed to take tourists on a safari to at least two or more East African countries in just one safari. Amongst the countries to explore while on East Africa safaris tours include Uganda the pearl of Africa, Rwanda the land of a thousand hills, Tanzania, Kenya and Congo. Each of these countries in east Africa has its own unique and fascinating tourist attractions ranging from primate species such as Gorillas, chimpanzees, Golden monkeys, baboons, monkeys, mammal such as  Big 5 game, bird species, reptiles, flora species, and the local community members. Several travelers on an east African safari tour usually choose to use an East African tourist visa though it includes only 3 destinations which include Kenya, Uganda & Rwanda. This implies that to enter into Tanzania, and Congo, travelers must obtain Tanzania and Congo tourist visas respectively.

As mentioned above, a safari is valid to be called an East Africa safari only if it covers at least 2 destinations in East Africa.

Uganda safaris tours: An East Africa safari without Uganda is incomplete because there is a whole lot of things to see with in this landlocked country known as Uganda the pearl of Africa. This implies that Uganda is the most beautiful destination that should never be left out while on a tour to east Africa. A safari to Uganda enables tourists to visit the most powerful waterfall known as Murchison falls (the devil’s Cauldron) which is situated in the oldest and largest national park in Uganda that also harbors the big 5 games as long as tourists visit Ziwa Rhino sanctuary along the way to or from Murchison falls national park. There is yet an encounter with the rare and endangered primate species which is none other than Mountain gorillas in Bwindi impenetrable national park. It’s in record that Uganda harbors the largest population of endangered mountain gorillas with more than a half of the remaining gorillas surviving in Bwindi impenetrable national park. There is also one gorilla family in Mgahinga national park. The one and only Nyakagezi gorilla family. Trekking mountain gorillas has always been the most fascinating and adventurous experience in the pearl of Africa. The remaining population of endangered mountain gorillas is found in Volcanoes national park in Rwanda and in Virunga national park with in Congo so one is in position to enjoy gorilla trekking safari in East Africa with in 3 destinations including Uganda, Rwanda and Congo. There is yet another adventurous activity of chimpanzee trekking which is carried out in Kibale forest national park one of the best primate destinations in Uganda with 13 primate species. Other chimpanzees in Uganda are trekked in Budongo forest in Murchison falls national park, Kyambura gorge & Kalinzu forest of queen Elizabeth national park,  and Ngamba chimpanzee sanctuary. The savanna national parks of Uganda are also the best destinations for wildlife viewing safari and these include the most beautiful queen Elizabeth national park which is the home to the tree climbing lions and the stunning kazinga channel that harbors a huge populations of Hippos. Lake Mburo national park, the best destination for walking safaris in Uganda, Semliki national reserve the best destination for the nature walks to visit the sempaya hot springs and cruise along Lake Albert. Hike some of the beautiful mountains including Rwenzori Mountains, Mt. elgon, and many more. There are many other tourist attractions in Uganda including the cultural centers such as Bigo bya mugyenyi, Kasubi tombs, Kabaka’s palace, Nakayima tree, Nyero rock paintings, and many more. Uganda is also the best destination for religious tours where tourists are in position to explore Gadhafi mosque, Lubaga cathedral, Namirembe church, Namugongo martyrs shrines and many more. In general Uganda offers travelers with Primate viewing safaris (Gorilla trekking safaris, gorilla habituation experience, chimpanzee trekking safaris, and Golden monkey tracking safaris), birding safaris, cultural tours, wildlife viewing safaris, mountaineering safaris, walking safaris, and many more.

Rwanda safaris tours: Rwanda is also a beautiful country to explore while on an east Africa safari. Rwanda is termed as a land of a thousand hills due to plenty thrilling hills with beautiful terraces. Rwanda is yet amongst the destinations visited by travelers on a safari to east Africa due to its beautiful attractions which include national parks like Volcanoes national park that is situated within Virunga massif that is well known for harboring the endangered mountain gorillas and the volcanic mountains. In Rwanda, it’s only in volcanoes national park where tourists trek the endangered mountain gorillas with other mountain gorillas found in Congo and Uganda. Another beautiful national park to visit in Rwanda is Nyungwe forest national park which harbors 13 species of primates including Chimpanzees, monkeys, baboons and many other primates. A fascinating canopy walk is also another golden opportunity never to miss while on an east Africa safari and it’s only enjoyed in Nyungwe forest national park Rwanda. For thrilling game drive adventures in Rwanda, visit Akagera national park for game drive safaris in the savanna vegetation cover and boat cruise along Lake Ihema. Apart from National park, Rwanda is also frequently visited by travelers who wish to know the history of Rwanda, visit the genocide memorial sites where thousands of Rwandese were murdered in cold blood. Lake Kivu is also a beautiful lake to visit while on Rwanda safari due to its stunning views of the surrounding including the view of Mount Nyiragongo which is situated in Congo with in virunga massif and many more. In general, there are several safaris in Rwanda such as Gorilla trekking safaris, chimpanzee trekking safaris, Golden monkey tracking safaris, canopy walk, exploration of Lake Kivu, volcanoes hiking safaris, Dian Fossey hiking safari, nature walking safaris, birding safaris, cultural tours to Ibyiwacu cultural village etc.

The best time to have an east African safari depends on the activities one intends to do otherwise a safari to east Africa can be done at any given period of time all year round but the best months to visit the parks in east Africa is during the dry months when the parks are dry, accommodations are dry and the sighting of the wildlife is easy.

On the other hand, travelers who wish to watch the wildebeests on migration, I recommend to visit east Africa during the months of July, August, September, October, and November which is the season for the Wildebeests to migrate through Mara River.

Conclusion: Book your East Africa safari tour to either two countries within an East African region or you may even book a safari that covers all the 5 countries which include Uganda, Rwanda, Kenya, Tanzania, and Congo. Focus East Africa Tours is always ready to tailor for you a desirable Itinerary that suites the destinations you intend to visit.