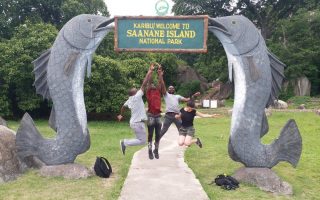 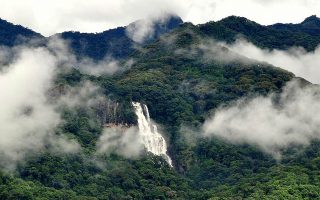 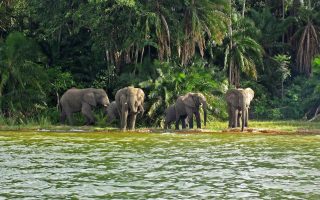 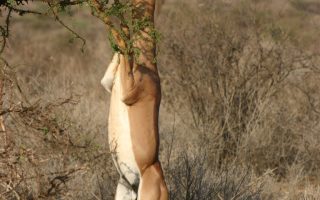 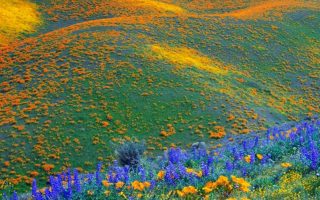 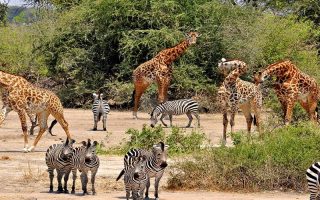 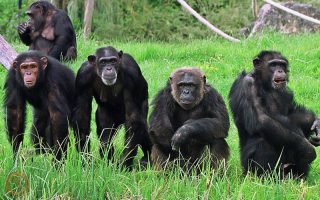 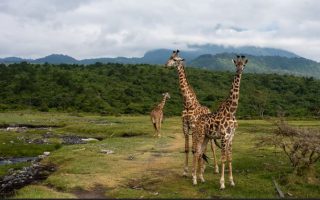 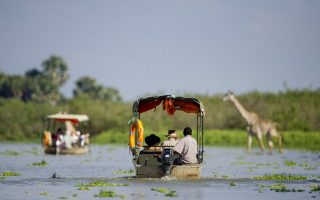 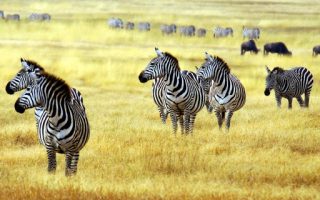 Tanzania National parks: Tanzania is located east of Africa’s Great Lakes north of Mozambique and south of Kenya, it has a coastline at the Indian Ocean in east. Tanzania is a country of the immense beauty which undoubtedly needs to be experience in this lifetime. The county is famous the world over for its breathtaking savannahs, towering mountains, bustling cities and sun-soaked islands. Tanzania has been listed on the top five of the world’s most stunningly beautiful countries to visit. Tanzania is the largest country in East Africa and includes the islands of Zanzibar, Pemba and Mafia. About twice the size of California, this African country is bordered by the Indian Ocean and the eight countries; Kenya, Uganda, Burundi, Democratic Republic of Congo, Zambia, Malawi and Mozambique.

It’s rich culture, incredible wildlife, and breathtaking scenery you are after then you will not be disappointed with the 6 best Tanzania safari parks. Each with its own distinguishing features, the safari park in Tanzania take up nearly 40% of the land here and the country is dedicated to protecting and conserving its local wildlife. Tanzania gives safari enthusiasts the chance to see all of the big five, along with countless other rare and beautiful animals and birds.

Tanzania national parks offers the best attractions that includes the wildlife species such as the big five that includes lions, elephants, leopards, buffalos, rhinos. Other wildlife species that can be found in the National parks and national reserves of Tanzania includes the zebras, tree-climbing lions, giraffes, hippos, antelopes and a quite number of the bird species in the parks.

The wildebeest migration in Serengeti national park attracts most of the tourists to come to visit Tanzania, another great attraction in Tanzania is the Mount Kilimanjaro which is well known for being the highest mountain in Africa, Tanzania also offers different islands which includes the Pemba, Mafia, Zanzibar.

But if the wildlife alone are not enough to seduce you, Tanzania is also a home to mount Kilimanjaro, the highest point in all of Africa, and over 100 different ethnic groups that give a rich culture to this colorful land. It is impossible not to fall for all that Tanzania has to offer.

In Tanzania the languages used include English, Swahili which are commonly used in the other East African countries and other native languages, so the tourists who come to Tanzania can be having the capability to communicate with the locals and the park guides as they help to interpret for the tourists as they visit Tanzania.

During your safari to Tanzania, you enjoy the taste of the Tanzanian foods which are served in the most of the Tanzania hotels, restaurants as these meals are served to the tourists they  are always served with the most humbled welcoming and caring waitresses and waiters.

There are a few essentials that you will consider while heading off on a safari in Tanzania as includes Binoculars, Decent torch, sun hat, polarized sunglasses, Raincoat/layers, walking shoes, soft travel bag or rucksack, Decent camera, travel first aid kit and many more.

A great Tanzania safari can be completed by the most hospitable suitable accommodations that are provided to the guests that are ranged from the Budget, Mid-range, Luxury accommodations that provide safety, comfort and other quality services to satisfy the tourists wants and desires. The Tanzania currency is in Tanzanian shillings and Tanzania is in a time zone GMT+3.